We have finished our epic motorcycle trip from San Francisco to Ushuaia (the very bottom of South America)! We're in Pennsylvania now, planning our return (on motorcycles) back to California. Check out Hungry Riders for more!

More pictures from the holiday break here in two parts: 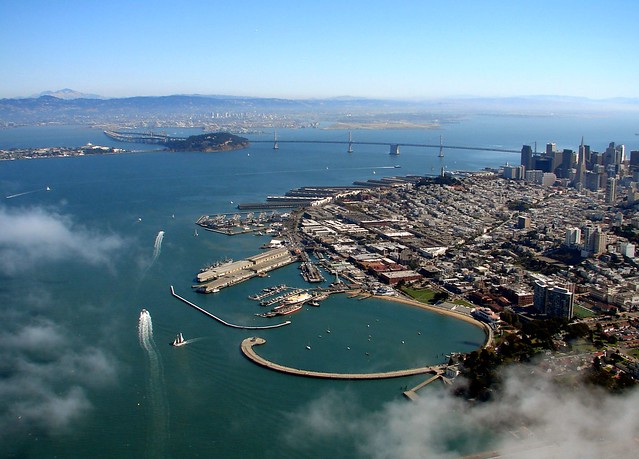 Last Friday, I had the chance to ride in an airship, courtesy of SugarSync. It was a pretty incredible experience. I got to see the Bay Area from a new, and rare, point of view. 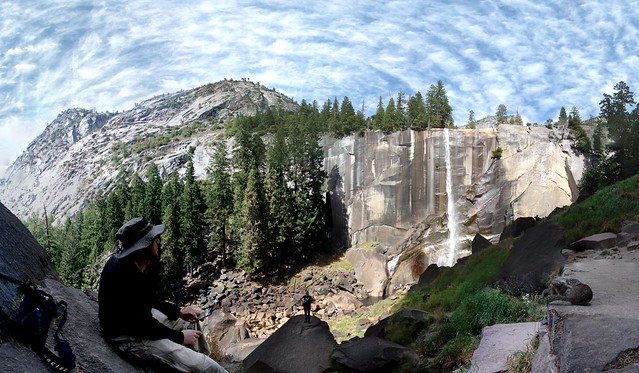 I was actually excited about Ping when it was announced. Ask anyone - I never get excited for Apple announcements. But this - Apple was finally venturing into the social networking area, and they were taking the music route, and using iTunes. Brilliant! Last.fm is probably my favorite social network, and if I could get similar functionality, perhaps with hints of blip.fm, right in the player itself? This has huge potential. After all - who knows more about my music listening habits than iTunes itself?

It's only been a few hours, but I'm very disappointed. My first clue should've been that it's listed in the sidebar under "Store".

It pretends to be a tool to share the music you're listening to with your friends. It doesn't. Its goal is to get you to buy music. It's iTunes, of course it does.

On your profile, there is a "Music I Like" section. You can add songs/artists manually, or you can let iTunes populate this list for you. Where does it pull from? Your most listened to music? Nope - your recently *purchased* music. This is not necessarily my favorite music, and iTunes knows this. iTunes even has the data about what I listen to the most already - it keeps track of the "play count" for each song. It knows what music I like, yet it ignores it. There is also a "Genres I Like" section, which it populates automatically. Again - where does it pull from? Yep, purchased music only.

Oh, right - and I can't add an artist to my profile if they're not in iTunes. Which means no Beatles.

I'll keep using it, hopefully they'll add more features, and we'll see where it goes. But I thought this was Apple's venture into social networking. It's not. It's just another marketing tool to make you buy music from iTunes.

Movies released in 2009, roughly based on a scale of how satisfied I felt after watching it:

1. Brothers Bloom - I saw this three times in the theatre. And I saw something new every time.
2. Inglourious Basterds - tarantino. pitt. killing nazis. nuff said.
3. Dear Zachary: A Letter to a Son About His Father* - holy crap, amazing movie in every sense
4. Men Who Stare at Goats - it felt like a Wes Anderson movie. except better.
5. Up In the Air - took a thematic turn i didnt expect in the best way
6. Brothers - intense and heartbreaking
7. Sunshine Cleaning - Amy Adams is so fun. Plus the New Mexican scenery was thrilling.
8. Away We Go - the sweetest movie ever. wonderful soundtrack.
9. Where the Wild Things Are - i laughed, I cried... it hit all the right notes for me.
10. (500) Days of Summer

*I'm stretching the rules a bit here. It was theatrically released only in about a dozen cities in 2008, then released on dvd in 2009.

Recently, Revision3 & Digg held a Digg Dialogg with Peter Jackson. It was pretty cool, but his answer to one question kind of shocked me.

“How do you feel about movie piracy?”

I just realized I never wrote a concluding post for my trip. Last you heard, I was in Socorro...

I've posted my photos on Flickr here, including 4 panoramas, but I'm still working on molding the video into something postable. Plus, Hak5 featured @atlasrider on their latest episode, and gave me some ideas on a few things. Motovlogging... who knew it had a name? Though, does it count if you don't narrate? Because I haven't figured out how I'd incorporate a microphone into the setup I have (and not really sure I care to at this point).

I got a warning for going 72 in a 55 zone near Globe, AZ
Salt River Canyon was gorgeous.
Saw family in Quemado
Rain in Pie Town
Took a picture with the VLA and a distant stormy sunset.
Friends in Socorro

"You can't just sit behind a desk all the time and think you know what's going on in the world. You have to get out and see it for youself. You gotta smell it, you gotta taste it. You gotta see it." --Anderson Cooper

Today was lots of fun. I got to play on some twisties without all my luggage, which was refreshing. Huge thanks to

tleex for taking me out canyon carving. We went east out of Mesa to Tortilla Flat. I'm kicking myself for not having my helmet cam out there but we got some stills (don't forget to send/post those

normalcyispasse!) Plus we stopped for ice cream and I got prickly pear, which was delicious. My bike overheated when we were almost home but I think that was more due to trying to keep up with Brandon's R1 in 100 degrees than any issues with my bike. It was fine on the road to Tucson, though the sun had set by then. It was kind of scary heading towards a lightning storm but it didn't start raining until I got off the freeway and was almost to my cousin's house.

The heat hasn't really bothered me too much. I'm staying hydrated and my mesh gear has good ventilation, so as long as I'm moving, I'm good (and I miss lane splitting). And even though it was relatively cool for Phoenix at 100, I think that should be the hottest bit of this trip, so the hard part's over. Nevada might get close though.

I'd forgotten how pretty the clouds can be out here! I love seeing a sky full of puffy clouds, plus the sunset was breathtaking tonight.